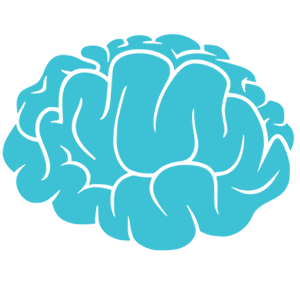 Post-Traumatic Stress Disorder (PTSD) is an incapacitating psychiatric disorder that affects 7-10% of the U.S. population and imposes an economic burden exceeding $42 billion. It develops in 1 in 5 people that experience or witness a traumatic event, such as warfare, natural disasters, accidents, and abuse.

Symptoms include avoiding reminders of the traumatic event, constant re-experiencing of the event, and increased tendency to be startled. Under normal circumstances, these symptoms are a healthy response that helps a person adapt and cope with the trauma. For instance, avoiding reminders of the traumatic event lessens the probability of encountering the threat or others like it. However, patients with PTSD lose normal daily functioning because these responses become exaggerated and therefore detrimental instead of helpful. 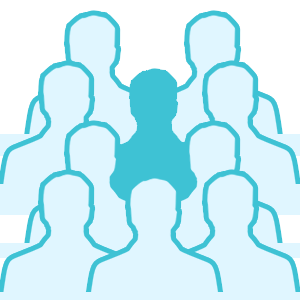 Anyone can get PTSD at any age. It can result from a variety of traumatic or life-threatening incidents such as sexual assault, child abuse, accidents, bombings, or natural disasters (e.g., hurricanes, earthquakes). Even witnessing a traumatic event can cause PTSD. PTSD can form from an acute, severe trauma (e.g., a natural disaster) and even chronic or repeated traumas/stressors (e.g., repeated child abuse). Not everyone with PTSD has been through a dangerous event. Some people get PTSD after someone close to them—a friend or family member—experiences danger or harm.

Even though the media typically associates PTSD with military veterans, PTSD is certainly not only a military condition. In the United States alone, about 8-10% of the total population will have PTSD at some point in their lives. In a given year, approximately 5 million adults are coping with PTSD. Civilian cases of PTSD stem from traumas such as accidents, assaults, abuse, or other similar events.

PTSD in Men vs. Women

Children and teens can also develop PTSD after a trauma. In young children, these symptoms can include:

The DSM-V introduced a preschool subtype of PTSD for children ages six years and younger. Diagnosis is sometimes difficult if children are too young to verbalize their reactions and no adults were present at the time of the trauma.

Older children and teens usually show symptoms more like those seen in adults. They may also develop disruptive, destructive, or disrespectful behaviors.

Not everyone who lives through a traumatic event gets PTSD. In fact, most will not get the disorder. Approximately 20% or 1 in 5 people who experience a trauma will go on to develop PTSD.

Many factors play a part in whether a person will get PTSD. Risk factors for PTSD include:

Resilience factors that may reduce the risk of PTSD include:

Does PTSD mean I am weak?

NO! After a trauma, there are physical changes in the brain that are linked to the ability to manage stress. Just because these changes are not visible like a broken arm does not mean they don’t exist. Strep Throat is a good analogy—for Strep, a bacterial infection causes the symptoms. For PTSD, a change in brain chemistry causes the symptoms. It is an actual change in the body and not just “being weak.” 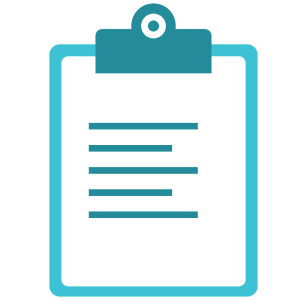 In 2013, the American Psychiatric Association revised the PTSD diagnostic criteria in the DSM’s fifth edition (DSM-V). PTSD is included in a new category, Trauma- and Stressor-Related Disorders. All of the conditions included in this classification require exposure to a traumatic or stressful event as a diagnostic criterion.

The first criterion focuses on the type of trauma experienced:

Criterion A: The person was exposed to one of the following types of trauma:

The trauma must be experienced in at least one of the following ways:

The next 4 criteria describe the types of symptoms one with PTSD can experience:

Criterion B: Reliving or re-experiencing the event in at least one of the following ways:

Criterion C: Avoiding trauma-related stimuli in at least one of the following ways:

Criterion D: Experiencing negative thoughts or feelings that began or worsened after the trauma, in at least two of the following ways:

Criterion E: Experiencing trauma-related arousal and reactivity that began or worsened after the trauma, in at least two of the following ways:

Again, symptoms must:
Last over 1 month (Criterion F)
Cause impairment in social or occupational function (Criterion G)
Not be caused by a medication or substance abuse (Criterion H)

If you are experiencing multiple symptoms in this checklist, it is important to seek help from a healthcare professional.

Are these symptoms normal?

While it is normal and adaptive to have stress and fear reactions after a traumatic event, they generally subside with time.

These reactions are very similar to the symptoms used to diagnose PTSD. Some big differences between healthy, normal responses to a traumatic event and PTSD are the severity of the responses and length of time they last. If these reactions last over one month, disrupt normal daily function and cause great distress, and are not caused by any other medication, substance use, or other illness, it is important to seek help.

Is there a difference between PTSD and other disorders?

Yes! PTSD is a very different disorder from anxiety and depression, even though they are sometimes combined. While there is some overlap in symptoms (e.g., negative thoughts and feelings can be a symptom of both PTSD and depression), PTSD and other disorders are caused by different things, display different physiological changes, and should be treated by different therapies and medications.

The biggest difference between PTSD and other anxiety disorders is real versus imagined danger; to diagnose PTSD, a trauma must be directly or indirectly experienced, whereas for anxiety disorders, the threat may only be perceived or imagined to be present.

While some therapies, such as cognitive behavioral therapy, may work for PTSD, anxiety, and depression, each disorder may be treated best with different medications. Depression is sometimes treated by selective serotonin reuptake inhibitors (SSRIs) such as Zoloft and Prozac, serotonin and norepinephrine reuptake inhibitors (SNRIs) such as Cymbalta, and tricyclic antidepressants such as Anafranil. Anxiety disorders are generally treated by benzodiazapines such as Xanax and Valium. Currently, there is no true consensus on how to medically treat PTSD and much research is being done on the subject. Both anti-anxiety and antidepressants are used for PTSD; in fact, the only FDA approved drugs to treat PTSD are Zoloft and Paxil. However, these medications only treat one or a few symptoms. 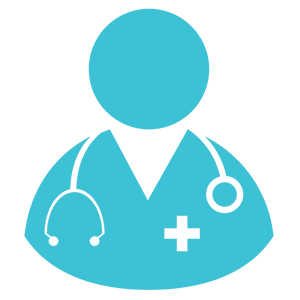 There is much research being done on PTSD therapies and treatments. Here are the currently accepted and/or proposed therapies:

Psychotherapy, or counseling, involves meeting with a therapist. There are different types of psychotherapy:

A similar kind of therapy is called Eye Movement Desensitization and Reprocessing (EMDR), which involves focusing on sounds or hand movements and engaging in side to side eye movements while a patient talks about the trauma. The goal of EMDR is to reduce the long-lasting effects of traumatic memories by engaging the brain’s natural adaptive information processing systems, thereby relieving present symptoms. There is conflicting evidence over whether the concurrent eye movements during therapy are effective.

Currently, only two drugs are FDA-approved to treat PTSD. They are selective serotonin-reuptake inhibitors (SSRIs) generally used as antidepressants, Zoloft and Paxil. These medications help reduce panic and depression symptoms sometimes seen with PTSD. Many people suffering from PTSD do not always respond to antidepressants and they are estimated to be about 50% effective.

The most common alternative to antidepressants are atypical antipsychotics, such as risperidone (Risperdal). Antipsychotic medicines seem to be most useful in PTSD patients who suffer from dissociation, hypervigilance, paranoia, or brief psychotic breaks (i.e., not being in touch with reality). Medicines like beta blockers (e.g., propranolol) help to reduce the physical symptoms of PTSD, such as increased heart rate.

The newest medications currently being researched are: